It is strange to realise that the unique nature of the Naturist Resort of Vera Playa appears to have developed slowly rather than to a predetermined tourist plan. 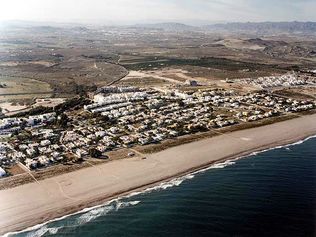 The large scale development of Spanish coastal areas in the 1960's and 1970's did not reach the beaches near Vera. Indeed until the 1980s the beach between Puerto Rey and Villaricos was practically undeveloped. There had for many years been a naturist camp site and the naturists had the run of the deserted beach.

Gradually, the area became more popular and in 1989 the first Naturist Hotel in Spain, The Vera Playa Club Hotel, opened. Since then many naturists from all over the world, but especially Northern Europe, first visited the area by staying at the hotel. 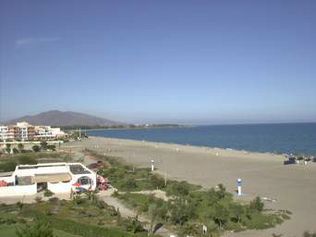 As visitors to the hotel and camp site looked for their own properties to buy, to extend their use of the area beyond a two or three week summer holiday, various naturist urbanisations were built to satisfy this demand. The first of these were Natsun, Vera Natura and Vera Luz apartments, when development ceased in the mid 1990's.

In the early 2000's developmemt restarted and the remaining naturist areas were developed.

Subsequently, textile development started in earnest such that the naturist area is now bounded by textile urbanisations but still leaving us with a sizeable naturist area that provides a unique environment for naturist living.